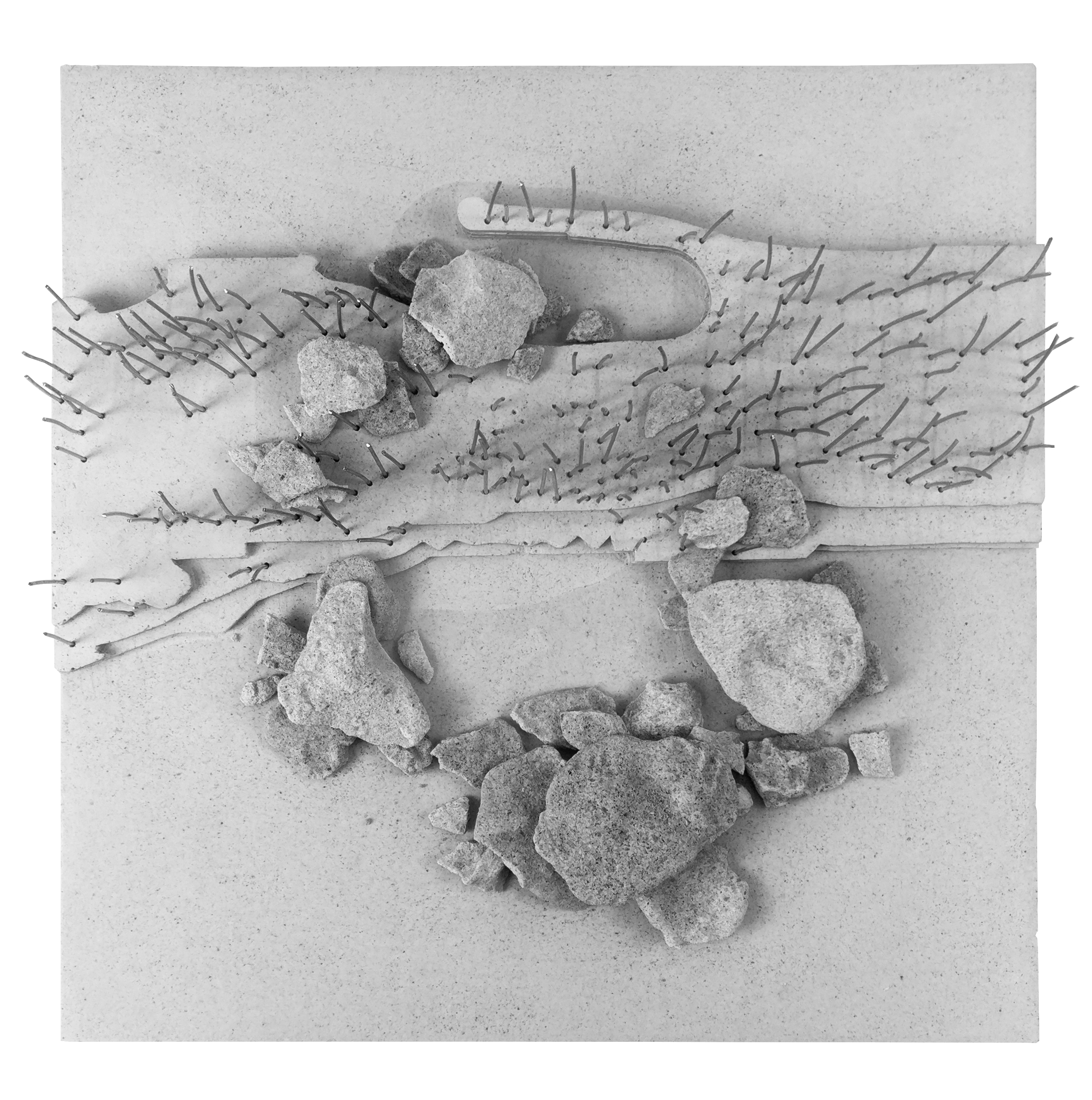 Most of us have been there, in schools, in nationally regulated facilities with the approved program and qualified staff of experts. We have been learning in the top-down enclosed systems which seem to fail us in the modern age. On the very verge of change, we want to redefine the learning environment. We want space to respond to locality and define the learning process.

Located in Vienna, Agora is an educational institution bound to its environment, which is defined both by the topography and social structure. Activities of school’s users may vary from learning to teaching, which builds up communication skills and critical thinking. The learning process is based on the abilities and interests of individuals. As a result, the curriculum is constantly shaped according to contemporary requirements and notions.

The water of Danube

There are just a few things that could influence Austrian capital in a similar way as the river. Historically, the city was located alongside the great European watercourse which kept the neighbouring grounds fertile but also became an inevitable threat to the expanding city. For centuries, Vienna was expanding towards the South and West, merely touching the river. Until the 19th century when the city government had the will and technical knowledge on the flow regulation of the Danube, it was causing flooding and damage on a yearly basis. The most noticeable disaster happened in 1501 when flood wave brought 14,000 m3 of water per second which became a top criterion for new water protection system designed over 400 years later. The Great Danube Regulation came at a huge cost, a process that started in 1850 took its current shape only in 1970. Consequently, the river was divided. Today’s Alte Donau is an artificial water basin that used to be a major river bend. The river was split in two, forming a reservoir on the northern side — Neue Donau and the actual river bed on the South — Donau. Part of the land which lies between those two is a 21.1 km long, artificial island — the Donauinsel. The peculiar conditions of the water on both sides of the strip became a framework for the project.

After the regulation of the Danube, Vienna started growing towards the North. Development of the areas located by the northern riverbank began in 1973 with ambitious projects to house new district and the United Nations Office in Vienna (The Vienna International Centre — VIC).

There is a clear difference between the North and South of the river. On the South, the district of the city is leaning on to the historical city, on the North there are structures of modernity which seem isolated from the Viennese downtown. These two parts are separated by 600 m wide strip of water and land. At its very middle lies the Donauinsel — Vienna’s favourite place to rest in summer. The island is season dependent, abandoned in winter and blooming with events in summer.

Despite its artificial origins, nowadays the Donauinsel is seen as a natural enclave in the middle of the city. Unlike the other green areas in Vienna, it is not surrounded by architecture and urban interventions. The island is almost neglected by permanent architecture due to changing conditions of the water that fluctuates on both its sides.

The project was placed on the most narrow part of the island with the intention for architecture to engage with the two different water conditions: running, dangerous water of Danube and still, picturesque water of Neue Donau. Water becomes an essential part of the design which reacts to its seasonal flow and fluctuation. Appropriately, the school’s public programme expands or contracts to absorb the neighbouring functions.

Learning from the Environment

Specific conditions of the site are the exercise for one of the school’s dogmas. At first, people who are exposed to diversified environmental conditions can adapt and learn much more effectively than those who had constant stimulation of certain factors. Secondly, we are all teachers in our field of expertise and students in the areas that we are about to discover. To search for what do we want to improve is the distinctive feature of the learning environment. Agora explores this through its tectonics.

All the functions of the building are placed in a manner which allows the flow of life around. The porous composition blends with the nearby topography and conditions. The plan has marks of decay, the fully optimised program was eroded and broken into pieces. Created slits allow for incidental interactions and surprising tectonic moments. People will experience a variety of spaces from the tightest and closed ones to the fully openair plateaus. Interiors are visually connected, or, so to say, layered. Diversity of spatial conditions encourages the emergence of informal relationships between participants. The learning environment is non-hierarchical and all of the zones are equally accessible for the participants.

The program connects into a non-linear network of clusters. The basic group of volumes is a combination which can be inhabited by teachers or students. The main spaces are connected to the secondary areas and at the end to the generic public zone that binds the clusters together.

Activities and venues present on the Donauinsel are extended within the weekly and seasonal behaviour of the school. Agora responds both to the rhythm of the working city and changing of nature. During the working day, the main function of the project is a public school, by the evening it shifts towards educating local communities and some clusters are available for small cultural events. On the weekends the island is activated as a place of leisure. Agora absorbs this scheme remaining directed towards education. It is an environment which has an ability to accommodate a series of small events, as well as a huge one such as a concert, public lecture, or performance.

The weekly behaviour is then modulated accordingly to the seasonal changes, Agora focuses its working schedule towards the clusters’ centres during cold months and opens up with the rise of the temperature unveiling more spots for public use. At the peak of the season, it activates a seemingly hidden water square and the whole environment becomes an amphitheatre.

Donauinsel originated as a flood prevention infrastructure, one of the many measures that can be visible in Vienna today. Agora takes advantage of this transformed environment and brings people again towards interacting with water. The available area in the clusters is defined by the seasonal fluctuation of the water, the result of long-term natural and anthropogenic changes. The ebb and flow become a matter of space.

The public program expands naturally in the summer when the water reaches its lowest point. During the mid-season, water fluctuates on the medium levels and the rainfalls change the inner availability of the space. The building’s basic structure — shells — are sculpted in a way that lets the water to be collected in the pockets creating ponds. This storage method complies with a special atmosphere in transition seasons and changes the behavioural patterns of the users. In winter, the water level reaches its highest peak, thus the size of the public area shrinks to the required minimum.

The flow of water on different levels leaves marks on the concrete shell structure through the years. This enriches the texture and tectonics of the structure, also allows spectators to discover the seasonal character of the building.

Building consists of earth-cast concrete shells. Although the perfectly calculated mathematical surfaces are partially maintained as a scaffolding for the forms, other areas of the shells are just suggested and left for sculpting of concrete hydrostatic pressure against pre-formed earth. This approach comes from the functional agenda of the school which praises creativity and unexpected usage of space.

Casting of the elements takes place along the shores of the Danube. This allows working on many of them simultaneously. The fact that these production zones are scattered along the river allows us to use water’s transportation potential to move shells to the main construction site. Sites that are chosen for shell’s moulding became landscape elements after the end of the construction. This strategy integrates manifold of construction sites of Agora with the Vienna’s masterplan 2025, where special attention is paid to the development of the city’s green zones.