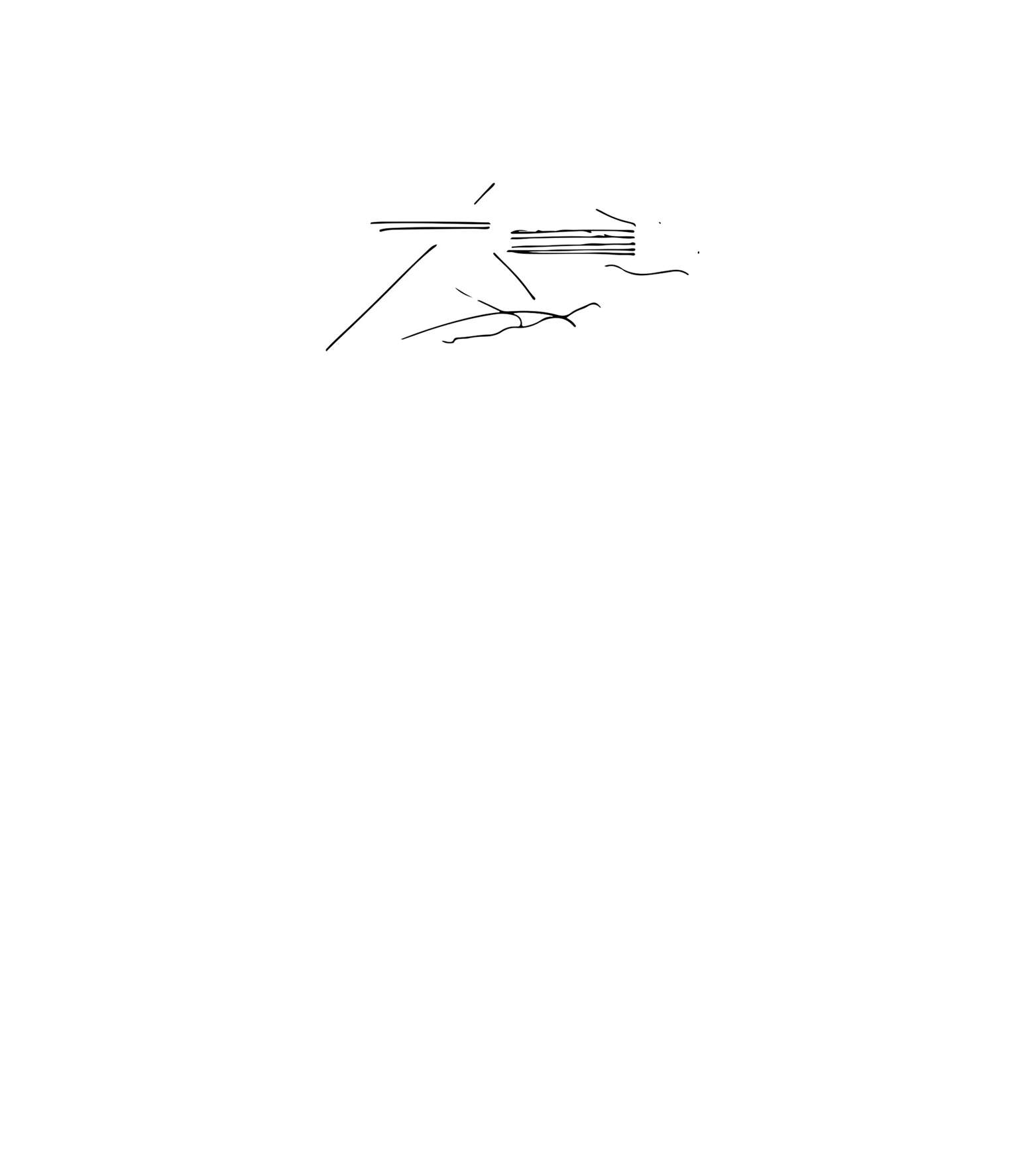 Between a thought and a sound

Rhythm, contrast, harmony. Terms important in two arts. Music and architecture. Creation of art has sources in all aspects that shape our lives. Music and architecture are created based on the use and understanding of similar relationships of composition and harmony. The abstract form of expression in both of these arts is an interesting case. In the 20th century, musicians begin to refer to graphics, the visual language of communication, trying to diverge from the pattern of the staff and music notes. They will turn image into music based on unknown nuances. But abstract architecture focuses mainly on concepts, in one dimension. The question remains whether architecture can be a translation for music. Are we able to interpret two-dimensional drawings creating three-dimensional spaces, arousing multidimensional emotions?

Graphic notation is relatively unknown to the general public outside the world of amateurs of experimental music. The concept originated from the idea of improvisation under undefined forms that provide freedom when composing and reading sheet music. In the 1950s, the traditional notation on the staff was replaced by drawings of graphic forms. The progressive musician and composer, John Cage, began an experiment which aimed to suppress his inner self in the process of musical compositions and give the power to chance. The visual richness of the notation allowed the work to become both musical and graphical in nature. The work entitled "Variations I" marked the beginning of a series of works notated graphically on a number of slides, devoid of any hints on the number of instruments and players. To interpret the work was to give specific sound to notes that lacked instructions—abstract forms, shapes, words and digits.

// A musician deprived of an ordered image, often even knowledge of an instrument on which the piece is to be played, reads a visual representation of sounds using emotions, experiences, and the state of mind.

Music began to exist in a new dimension, different for everyone. The listener could only experience the music by following the notation at the same time. The structure of the notation can be very similar to architectural drawings. Equipped with elements suggesting the existence of a form, it creates a visual impression of the music. Brian Eno, a musician who composed in the seventies, despite the lack of musical education and the lack of the ability to visually represent his music using classical notation, creates the album "Ambient 1: Music for Airports." It is an example of constructing a musical landscape, the result of negating the limitations of musical notation and accepted ways of composing. With the development of technology, architecture has become a reflection of the cult of accuracy, measurements, and meticulousness. Architectural drawings are a precise representation of the concept, they have precise instructions. They are a relation of interdependent elements—scale, dimensions, relation to the environment. Creating architecture focused on quick reactions, responsive and dependent on interpretation seems impossible today. But could architecture, like music, be continuously variable, act as a network of connections, react to observers? Be a source of transformation, not just a facade but a second skin?

// Is improvisation a concept close to the creation of architecture limited by legal acts, laws of physics, and the capabilities of technology?

When we compare designing/building architectural form with the language of music, it is difficult to get rid of rational doubts about spontaneous construction of architecture.

So if we set aside the idea of "mobile" architecture, maybe its three-dimensionality could come to the rescue. Graphic notation of music is a visual representation of invisible structures. The embodiment of notes through drawings and collages. Musical notation is not a complete, limited concept, nor is music the final form. It is subject to constant interpretation, changes. The role of a musician as a performer becomes ambiguous because the musician is also an observer. Two-dimensionality of projects require time and work to obtain three-dimensionality. Even non-abstract architecture, with the complexity of the shapes, the multitude of facades and details, and the angles at which we can study the object, puts us on par with the musician trying to read the sheet music. Further attempts to decipher the code of the image, to understand the composition. Architecture becomes a reflection of music, operating on the same laws and senses. Art, as a kind of auto-expression, makes it one of the basic forms of communication. Physical aspects of something that is very volatile/abstract. The common value connecting these two arts is rhythm, meaning (message), emotions, details such as inspiration, and context. The innumerable differences, however, do not change the fact that both are perceived as structures whose form and content are one. Architecture is, therefore, three-dimensional music.