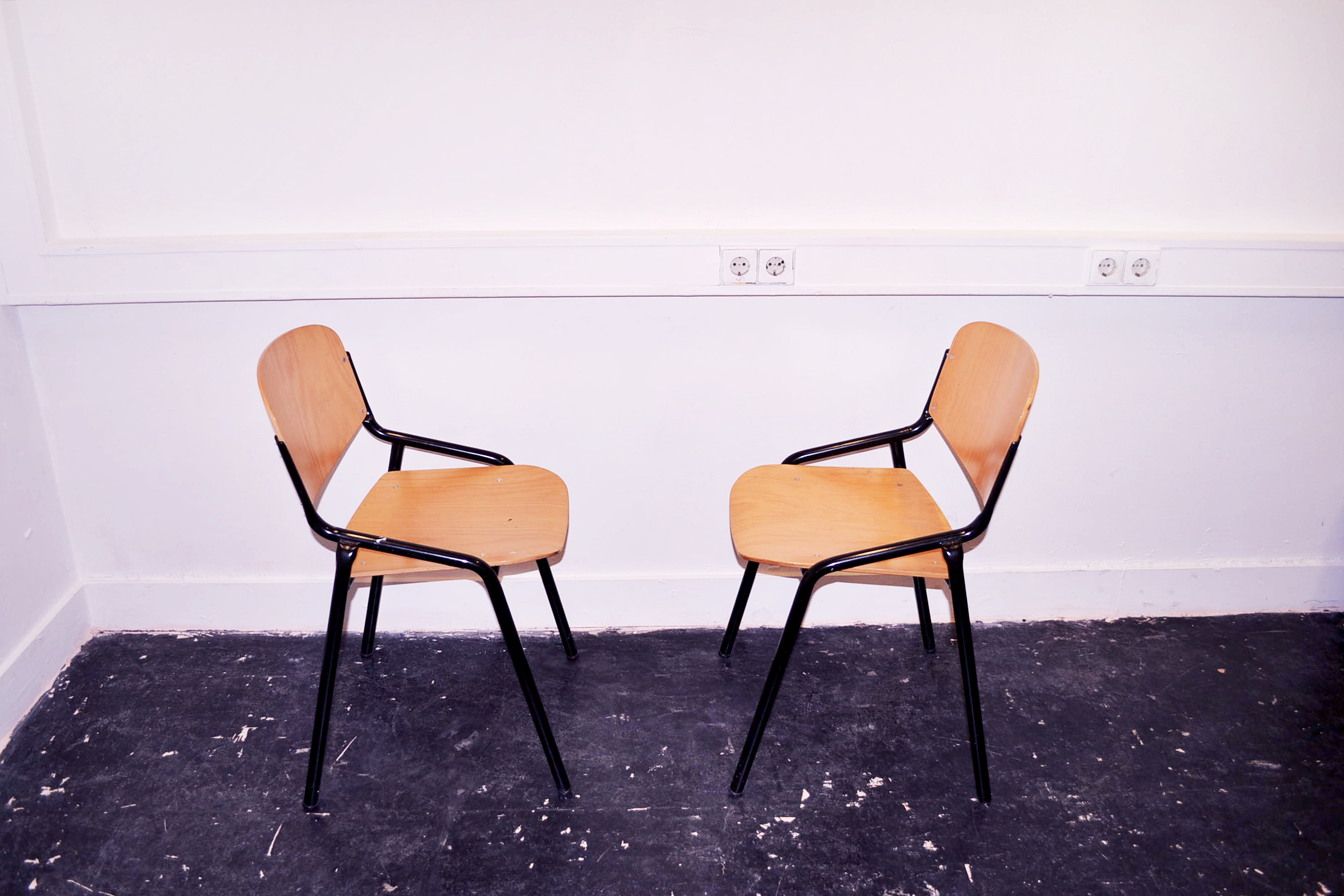 White-Crowned Sparrow*
„I always return. Will you let me in?”

Since I have started working on that project, my goal was to redefine the vision of the new workspace. My personal issues with sleeplessness led me to the point that I could not be passive anymore. The overload of information and constant thoughts in my head, which I took to bed every single evening, were the main driving force to change my working environment. When I barely could hear the music from my headphones, the lectures, my morning alarms, my mobile phone ringing, I have started to dream about hearing myself breathing again…

The metaphoric silence became a final outcome of my project. Through multiple tests and experiments, I found my relief and inner peace in act of constant observation in my working area. However, the only demand needs to be met – I need to be seen, rather than to see. Thereby, the final outcome of the project I treat that way, as an experiment, not the set in stone solution. The final result of the project derives from the personal background and it might fit a very limited group of users. On this example, I would like to present the process that led me to design concept and introduce you to the “White-Crowned Sparrow” method – in silence, by watching.

* the new workspace in the condition of constant observation.

The „White-Crowned Sparrow” explores the vision of the new workspace by placing it in the physical space as well as in the mental sphere of one’s mind. The project teeters on the edge of two worlds where the distance between work and leisure is inevitably shortened. In my work, I start from the presumption that it makes no difference if we change the environment, our mind always stays in a state of work or rest – waiting for a job. Thereby, I stand up against work authority, unpredictability, and its constant presence by presenting a series of spatial and visual experiments in the work setting.

For this purpose, I use the medium of observation as a tool to stimulate my work efficiency, undergo a top-down control and spatial activity. During the experiment, I perform the act of work – writing, in the condition of a constant observation from the outside. The observation is a two-way process by which the observed and the observer are one and the same entity. It takes place in the present time due to the transfer of the image from two spaces simultaneously.

By this, I investigate the relationship between work and temporary presence, the common collaboration in one space and finally the relationship between the constant immaterial presence of the viewer through web network.I document its results on short feature films and transcribe the work productivity on tachograph charts – data analysis of working time and activity i.e. work shift, duty (waiting) and rest.
At the initial stage of the experiment, I create a physical work that uses the passerby’s presence as a driving force to perform. However, it results in low effectivity due to irregular frequency of insights. In other words, the impulse of obligatory work is not sufficiently stable and thus does not allow to completely relax and to forget about its existence.

At the last stage, I submit to the capitalist tendencies of work in a continuous system and create the world in which I fully become a product myself and I am constantly observed from the outside. I move my workspace from physical space to the internet, creating a simulation of the live streaming channel.

Thanks to this, I become independent from the location, physical activity and forms the possibility of working remotely in isolated space. In effect, the observed becomes work itself, still dependent on audience activity, however with the possibility of managing it. For the observers, I might create an optimal work environment in real-time, provide entertainment or just make one ask the question: „who works for who?”

“I am the most productive if I feel their eyes on me.” 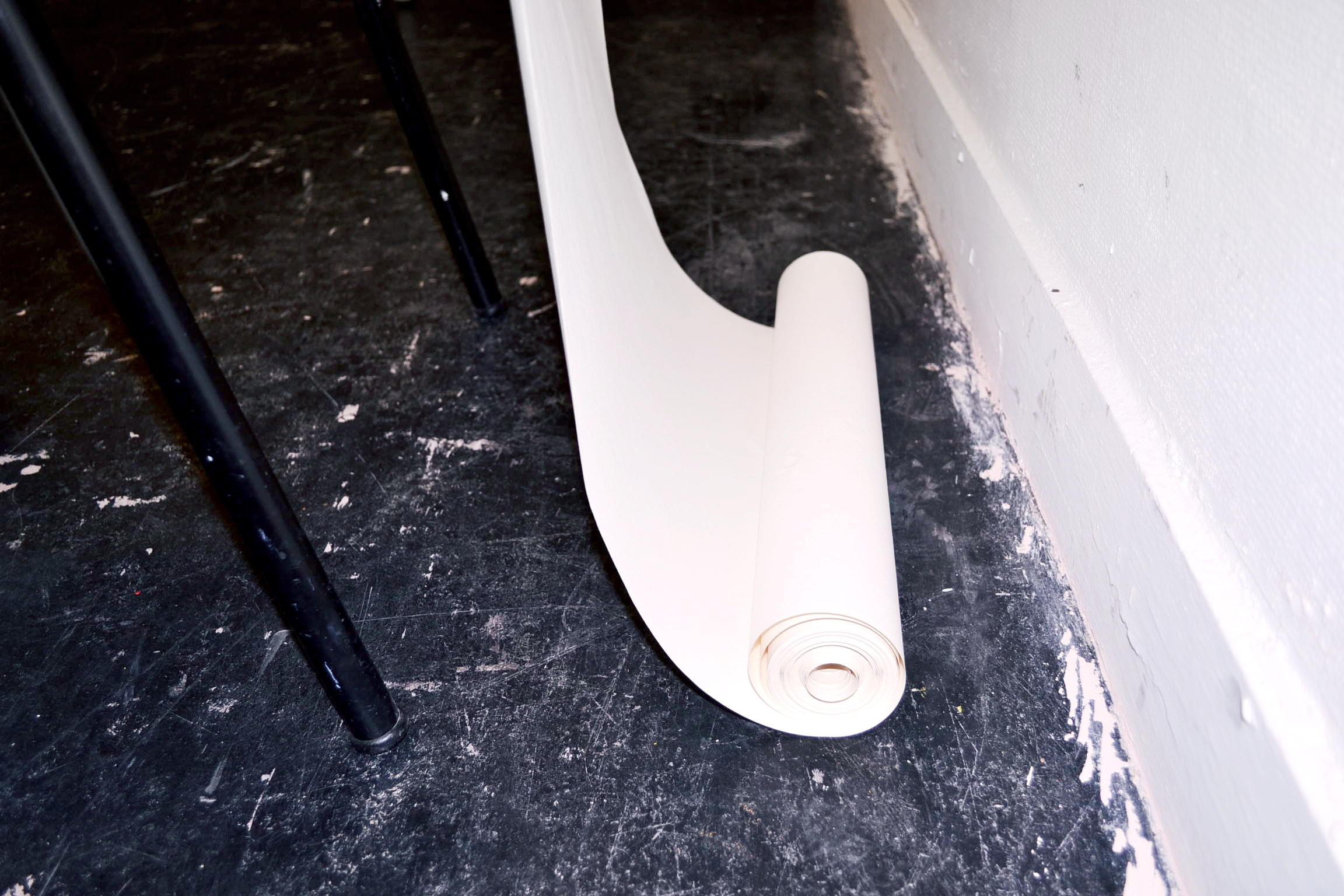 „In praise of work” is my personal critique of unpredictability of work and mental imprisonment. It is an inner dialog between a man of work and me who suffer from sleeplessness and overload of information. Manifesto is written in the first form that we all become to play the main character in the play. Thereby, I am praying for mindfulness and presence of my mind in the real time. Moreover, the manifesto derives from the results of initial stage of experiment „White-crowned Sparrow”, where the balance between work and rest was not sharply defined.

N: I can hear your steps pretty heavy. Your slight murmurs are already enough to arouse my vigilance and put me into order. Your temporary presence is sufficient to surprise me and call into action. Your eyes inside my room are sufficient to restrain me and force me to perform.

W: I am always present.

W: I am always repetitive.

N: Despite my prayers, you never make an appointment.

W: I never make an appointment.

N: As long as you are present, I am physically stuck in one place, in one room, in one position, in one clothing, in one action. Surrounded by thick walls of imposed restrictions and not allowed to leave.

If you leave, I leave. If you return, I return.

N: You are the guest.

N: And you are not going to leave on your own.

W: I am not going to leave.

Breath in.
Breath out.
Breath in.

N: You are leaving.

N: The silence threats me. Your presence is my greatest precious, relief and rest.

N: I put my shirt on your presence. Come.

W: I am addiction.

N: Constantly, You monopolise my thoughts and limit my freedom. The world besides you do not exist anymore, or it is just me who does not remember its earliest appearance. Despite the satisfaction of being together I ask for my own presence.

If you leave my body, leave my mind.
If you rest my body, rest my head.
If you make me sleepless, make me alive.

N: I keep my body fully naked but my mind wears a shirt.

You make me sleepless.

I am a sleeplessness.

W: I am sleeplessness.